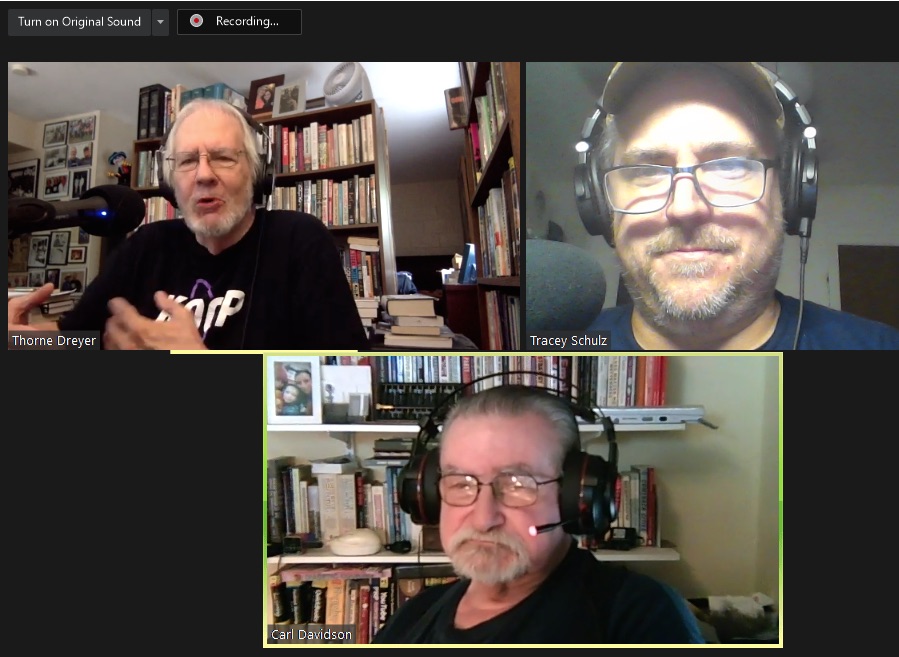 Carl Davidson, a longtime friend and colleague, was a leader of the '60s New Left. In the 1960s, Davidson served as Vice President and National Secretary of the Students for a Democratic Society (SDS) and was a writer and editor at the leftist Guardian newsweekly.
On the show we discuss the unprecedented convergence of crises facing us and ways that we can address them, the political situation in the country, the recent uptick in progressive Democratic victories and the pressure on Biden to move to the left, the growing threat from the far right, the issue of “cancel culture” in regard to free speech, and an extended discussion of Modern Monetary Theory and the deficit myth.
Davidson is a national committeeman of the Committees of Correspondence for Democracy and Socialism, a national board member of Solidarity Economy Network, retired, and a member of the Democratic Socialists of America (DSA). He was the founder of the Online University of the Left and is a local Beaver County, Pennsylvania, member of Steelworkers Associates. Carl works with the Progressive Democrats of America and was a founder of Progressives for Obama (later Progressive America Rising). Carl is a contributor to The Rag Blog and this is his ninth visit to Rag Radio.
We are joined on the show by Rag Radio engineer Tracey Schulz.
Rag Radio is produced in the studios of KOOP 91.7-FM, an all-volunteer, cooperatively-run, solar powered community radio station in Austin, Texas, in association with The Rag Blog and the New Journalism Project, a Texas 501(c)(3) nonprofit. It is streamed live on the Internet at KOOP.org and Radio Free America. The host and producer of Rag Radio, Thorne  Dreyer, is a prominent Austin-based activist and writer who was a pioneer of the ’60s underground press movement. The show’s engineer and co-producer is Tracey Schulz and the staff photographer is Roger Baker; Suzy Shelor is Rag Radio associate; Alice Embree is guest host; and Glenn Smith and Roy Casagranda are our political analysts. The syndicated show is broadcast (and streamed) live Fridays, 2-3 p.m. Central) on KOOP, and is later rebroadcast and streamed on WFTE-FM in Mt. Cobb and Scranton, PA., on Houston Pacifica's KPFT HD-3 90.1, by KKRN, 88.5-FM in Round Mountain,  CA, and at WALHRadio.com in Wilmington, OH -- and as a featured podcast at Veterans Today. Learn more about Rag Radio here.
Running time: 56:10.
Contact:  ragradio@koop.org.